First of all, let me get something straight. The days of Bareface recommending any kind of paid activity on Twitter to our clients are long gone. The lack of targeting options, user data and actual results from the platform give us no leverage to recommend the channel to clients for anything but organic posting. All of our paid efforts on social tend to go into Facebook and Instagram now, depending on what we are trying to achieve and where the client's audience is. 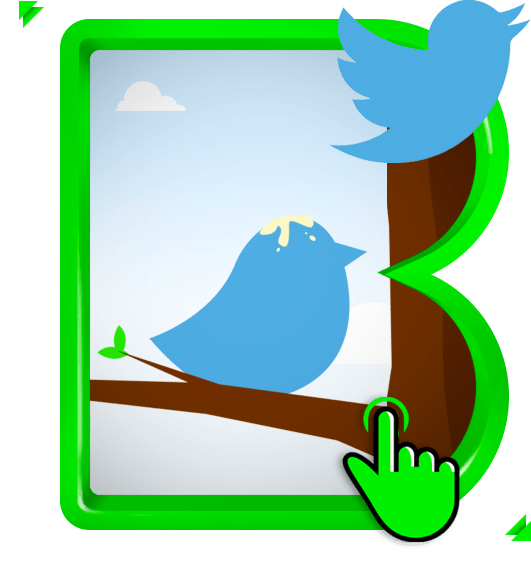 This is made all the worse by the fact that, as an individual, I much prefer Twitter to Facebook. I don't have a personal facebook where I can see a twisted mirage of my friends and families lives, or try to decipher passive aggressive comments that are clearly aimed at specific people and beg for attention and caring comments from people who just want to solve the "Who Dunnit?" riddle.

The fact that Twitter has been so bad at monetising its audience in the form of advertising is clearly one of the major factors in its slow and painful fall from grace. I don't have a solution for that problem if I am honest. The root of the issue comes from the fact that, unlike Facebook, Twitter has never really collected huge amounts of user data on sign up. Facebook knows who you are, who your friends and family are, what movies you like, what books you like, the music you listen to, the videos you watch, what school and university you attended, what job you do, how your cat feels, and probably much more.

Twitter just doesn't have this given to them freely by its users. It has to use tiny little robots to trawl through what you say and infer some kind of insight into who you are. Facebook obviously does this too, but the base information adds so much value to the data, especially for advertisers.

Twitter's latest platform advance comes in the form of extending the length of the tweets you can send rocketing up from 140 characters to 280.

As the world screams at twitter to "Try harder to block abusive accounts", "Allow me to edit my tweets", and "God oh God, what has happened to replies" Twitter replies jovially with:

Great suggestions guys, but what if abusive tweets could be longer? Like, double the length?

#280Characters is trending on Twitter, but it's for all the wrong reasons. Instead of thanks and praise, there is a myriad of jokes pointing out that:

The honest answer here is not very much.

I always thought it was quite nice to face the challenge of creating branded tweets that are concise enough to hit the 140 character limit, still be engaging and still make sense.

All this change means is that as a brand, you get to have a little bit more room to craft your message. You'll also have double the amount of characters in which you can make mistakes that you can't edit after the fact because, for some reason, Twitter (unlike other social platforms) doesn't agree with that!

I was part of the lucky generation that got to use MySpace in a serious way. Being in college studying music at the time made it even more fun because I could create a band page and look really cool with all of my hair and ripped jeans. However, my relationship with the platform broke down after I discovered a newer, younger model called Facebook. Let's be honest, MySpace is all but dead and I didn't feel any sadness at its departure.

I don't think I can say the same about Twitter. It took me a while to get to know it and like many people, there is a large gap between my first and second tweets because I just didn't get it. Once I did understand that it wasn't just a platform for me to try and contact famous people on, our relationship blossomed into what it is today. Something I can scroll through when I am on the toilet to keep up to date with the latest news from people I am genuinely interested to hear from.

Unfortunately, I can see a time in the near future where Twitter might not exist anymore and I think I will miss it.

What I do know is that the answer to the survival of the platform is not to increase the character length to 280. It should be about getting to the very core of what people love about Twitter. Obviously, they need to monetise and that challenge comes with a lot more variables. A good start would be to create better tools and platforms for advertisers, improve targeting options and simply make it more affordable for small brands to get a larger reach and better engagement.

They could even take a more innovative approach by integrating with the likes of medium fully and allowing Twitter to control both short-form and long-form content in a single platform and monetise the audience in different ways by advertising within long-form content giving writers affiliate fees for any clicks they might get. This model would certainly incentivise more informed pieces from journalists and professional writers, especially if there was the opportunity to earn from the endeavour.

My point here is there are lots of options for Twitter, but simply extending the length of tweets should not have been the first stop on their roadmap.

Want to hear more from Bareface? Get regular updates, articles and more by signing up below.

An original post by Louis Thompson, Head of Digital